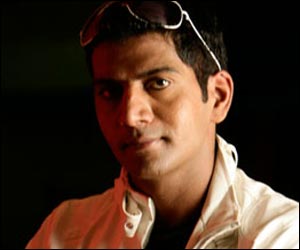 The grand finale – called “jumbo finale” saw the presence of the show host, Bollywood actress Shilpa Shetty, and superstar Akshay Kumar – who was there to promote the animation film, “Jumbo”.

Akshay Kumar, Bollywood superstar, declared the winner of Bigg Boss. After winning the Bigg Boss 2 crown, Ashutosh mentioned, “This is a victory for Rahul Bhaiya (Rahul Mahajan) as he always wanted me to win the Bigg Boss show”.

After Rahul Mahajan’s exit many people in India preferred Ashutosh as the winner of Bigg Boss 2. Ashutosh is the same person who had also won the MTV Roadies sometimes ago.

During the Bigg Boss show, Ashutosh was accused of using foul language and criticized for his unhealthy living habits in Bigg Boss house.

One-liners used by Ashutosh and early morning dance on a wake-up song along with his humorous antics became his trademark and a was entertainment for the viewers of Bigg Boss.

Overall Ashutosh shared good relationship with almost every participant in the show, however his proximity with former Miss World Diana Hayden raised much flutter in the media and viewers.