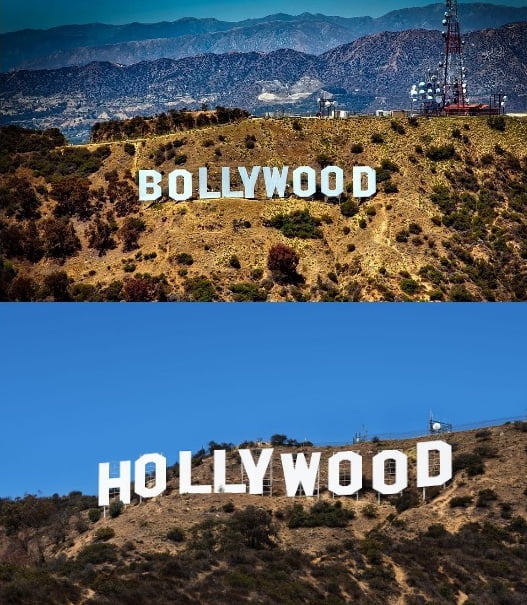 Let us make it clear first. What is Bollywood? It is known to all Indians that Indian film industry is mainly Bombay based & the name comes from it. Movie, the mirror of society is the thing which really reflects our lives through different characters. Many persons are needed to make a complete movie. They are actors, actresses, directors, music directors, sound engineer, choreographer, producers etc. Various kinds of movies are made in the Bollywood industry. Romantic movies like ‘dilwale dulhaniya le jayenge’, action movies like ‘international khiladi’, theme movie like ‘black’ etc have been made in our film industry.

But recently a trend is being followed toward Hollywood. What do we find in a Hollywood movie? We find a movie of short length, the complete entertainment, decent music after or before starting the movie or some times in between the movie but not like the numbers in a typical Bollywood movie. The modern technology is used in Hollywood movies to enrich the movie. The multimedia effect, sound mixing, the power of camera, the location are really enchanting.

In recent years the movies which are being made in Bollywood use different kind of technologies; the location is more beautiful. The recent trend is that Indian producers are appointing either Hollywood actors or some Indian directors to make the movie with the finance of a Hollywood producer. They are making the Indian movie globalised. Many short length movies are made in recent days & these become very popular & successful. Wednesday, Aamir and similar kind of movies were made last year & became too much successful. These short length movies are theme based. Songs are very few in these types of movies.

The next important thing is the promotion of the movie. Bollywood is just following Hollywood in this case. As a result movies are getting too much publicity. So many viewers are going to the cinema hall. There are some kinds of movies in which the actors are Indian & the other members of unit are from Hollywood. The movie Slumdog millionaire is that kind of movie. In 2009 the movie was awarded with so many Oscars. After the huge success of this movie the Indian actor & actress are getting too much opportunity in Hollywood movies. Irfan Khan, Frida Pinto & lots of actors are making their lives so beautiful. The effect of Hollywood is gradually coming in Bollywood industry. But the mentalities of all Indian people are not same. So it will take some times to adjust their mind with those kinds of movies. It is also not possible to make Bollywood into Hollywood in a single day. So, these trends are being watched & we can say that it is the preliminary stage of transformation.