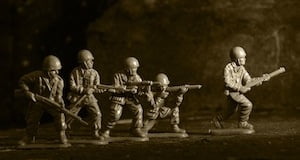 It has been a decade today since the parliament was attacked. It was one of the biggest attacks on Indian Democracy. It was really an event which shocked the entire country. Now it’s the time to relive the memories of those brave hearts that lost their lives 10 years ago on

this day. A decade ago, they stood for their country to protect the Parliament from the heavily-armed terrorists.

Today a memorial ceremony has been held by the Prime Minister for the people who died in parliament attack. On 13th December, 2001 five terrorists entered and began firing indiscriminately in the Parliament which is the symbol of India’s democracy. It is believed that many of our MP’s were in the Parliament at that time but fortunately nobody got hurt. The Lok Sabha and Rajya Sabha were adjourned just 40 minutes prior to the attack.

In counter attack all the five terrorists were killed and in the year 2002 in Kashmir, Ghazi baba who was the main conspirator of this havoc was shot dead. The 5 gunmen have reached the parliament house in a car which had home ministry and parliament labels. According to the sources, the total number of accused is 12.

India lost some of its bravest soldiers and security personnel who gave up their lives to protect the honor of our country. The five terrorists killed eight personnel out of which two were ward staff of the parliament, five were police personnel’s of Delhi and a woman who belonged to the CRPF troop. Also a gardener was shot dead in the battle. It is said that there was also a journalist present in the parliament house who was critically injured. Later, after some time even he lost his life. 10 years after the attack we remember the sacrifice which was made to safeguard the nation.

The top leaders of the country Sonia Gandhi, Manmohan Singh, LK Advani, Meira Kumar – to name a few, gathered today at the parliament to pay homage and remember those people who lost their lives to protect the dignity of the country. In remembrance of the victims, a minutes silence was observed by the leaders. Also a blood donation camp in the parliament has been organized by the Red Cross Society.

The brave personnel’s who successfully defeated the culprits had promised their children and other members in the family that they will take them to the spot where 5 Jaish-e-Mohammad (JeM) terrorists were defeated on 13th December, 2001. The promise hasn’t been fulfilled yet.

D Santosh Kumar, the head constable of CRPF is the man who himself battled three terrorist who attacked parliament and was therefore awarded the ‘Shaurya Chakra’. He recollects the promise he made to his children after conquering the battle a decade ago of taking them to the battle spot. He wonders when he will be able to fulfill his promise. The reason behind this is that he had been posted to the bomb disposal squad along with his force.

Destiny hardly brought him to the place where he showed his bravery a decade ago. Soon after the incident of parliament attack he was posted to Kashmir and then moved to the North East.