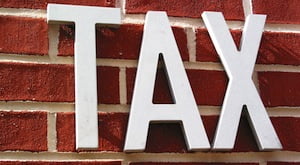 Indian is apparently edging closer to determining and appropriating the undeclared wealth of Indians stashed away in secret numbered accounts in Switzerland, going by the recent amendment to the two countries

Double Tax Avoidance Agreement (DTAA). It will be applicable retrospectively from 1st Jan 2011. The clandestine offshore deposits have been estimated to range from $500 billion to $1.5 trillion. By contrast, the county’s total external debt of last year was $251.4 billion.

The Indian public and even the Supreme Court have for long been urging the UPA government to investigate these unaccounted assets. Indeed, the apex court even derided the centre for hedging on revealing the identities of the secret account holders and for downplaying this incidence to a mere issue of tax evasion.

While the earlier treaty qualified only tax fraud cases for administrative assistance, the revised DTAA allows for exchange of information on tax evasion cases as well. The DTAA with India is one of the 70 to have been negotiated by Berne since March 2009, when the Swiss cabinet eased banking secrecy rules granting legal assistance not only in cases of tax fraud but also tax evasion, to bring it in line with Organization for Economic Co-operation and Development (OECD) standards.

The amendment thus introduces the OCED standard on exchange of tax information between the two countries. For instance, it mandates providing information on Swiss bank accounts, upon request, if it is deemed relevant for the administration or enforcement of Indian Law. It is not conditional that the information request is based on an alleged tax offence, such as tax fraud or tax evasion. The protocol specifies, however, that the request may not constitute a ‘fishing expedition’ and that the name of the person, company or intra-group relations concerned should be provided in the request.

It is to be seen whether the newly signed tax evasion treaty will be effectively leveraged. After all, it had always been possible for India to file requests regarding cases of corruption and money laundering. The country is, however, learnt to have hitherto filed 10 requests for judicial assistance with Switzerland over the past five years.

Client confidentiality is one of the professional duties of Swiss banker’s. Though the article forbids the divulgence of any information an agent, liquidator, or employee of a bank is privy to, the banker’s obligation to respect his or her client’s privacy is not absolute, and no protection is afforded to criminals.

As seen by the recent cases of Germany and the UK, a good DTAA is not enough. These influential countries have already negotiated further agreements with Switzerland under which they may submit names of possible tax evaders with a plausible suspicion of tax evasion and Switzerland will then have to collect and communicate these persons’ Swiss banking connection. This eases the investigation requests from these two countries.

Under it’s DTAA, India needs o have a surfeit of information to secure the information it requires, such as the suspects name, strong evidence of evasion and details of bank contracts such as the bank branch.

Why is the Manusmriti So Controversial?