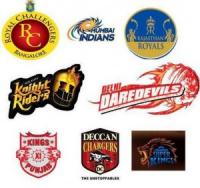 Introduction:
The year 2008 saw the introduction of what should be called as a new era in the history of World Cricket. Although twenty-twenty commonly known as T20) cricket had already born, but it was never spiced up like what it is now after the introduction of the IPL. The Indian Premier League (modeled from the English Premier League in football) is the same kind of a T20 cricket tournament created and conducted by BCCI (the governing body of Indian Cricket). Mr. Lalit Modi, the Vice President of BCCI was the main thinker of this tournament. Cricket got a new dimension from here. It is no longer a game here but a business in million $.

Inaugural Session and Teams:
The IPL was born in Bangalore on 18th April 2008 and the first edition was 46 days old. 59 matches were held in the first edition with the final in Mumbai. Like the English Premier League in football, the Indian Premier also had teams from different cities that played in home and away manner in round robin system. The teams were bought during bidding by industrialists and actors. There were a total of 8 teams from 8 different cities with there owners and value as follows:

Rules:
The 2008 IPL tournament had its own official rules. For acquiring or signing in a player, there were five different ways a team could follow. A team could buy domestic players, or sign in players who did not appear at international level through trading or replacing with other teams on the basis of yearly contract. But this trading could only be done if the player was willing to get transferred to the other team. Each time a player was transferred to a different team or the contract was renewed for the same team, the franchises had to pay the player on the basis of new contract price.

The composition rules for each team were:

Some players were given icon status like Rahul Dravid, Sachin Tendulkar, Yuvraj Singh, Sourav Ganguly and Virender Sehwag and their value was 15% more than the most valuable player in the squad.

Television rights:
Sony Entertainment Television from India and World Sport Group which is based in Singapore got the rights to broadcast this IPL tournament on 15 January 2008.