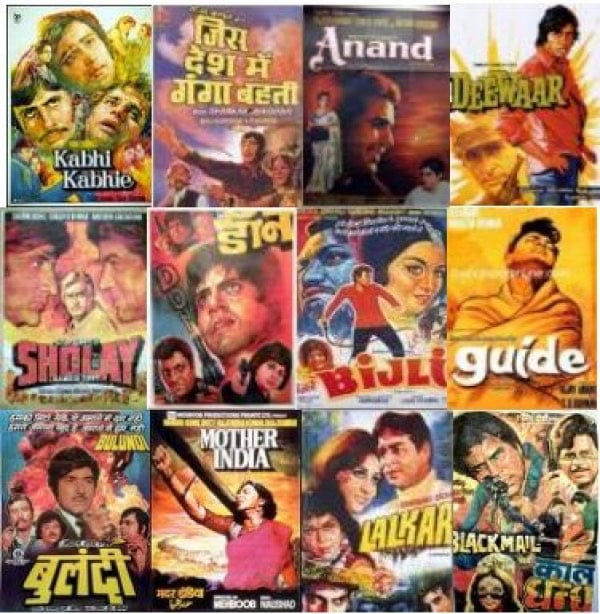 Language used by the Bollywood:
Before 1990s, the Bollywood was found to produce films which used Hindi as their main language and they also used poetic Urdu words (though not in every film) frequently.

Bollywood before 1950s:
Before 1931, the Bollywood films did not have any sound. The first Bollywood movie was released in the year 1913 which was named Raja Harishchandra, directed by Dadasaheb Phalke. Sound was first introduced in 1931 in the film Alam Ara by Ardeshir Irani and it was a huge success commercially. The Bollywood was already producing an average of 200 films per year during that time. During and before this period, all the films were in black and white. The first colored Bollywood movie was Kisan Kanya and it was released in 1937 and was directed by Ardeshir Irani but it was not commercially successful like the introduction of sound. In the 1940s, the Bollywood film suffered a lot due to the World War II, independence movement and the violence during the partition of India and Pakistan.

Bollywood after 1950s:
Colour films became commercially popular in the late 1950s. However, colour did not become a popular feature until the late 1950s. This period was also the beginning of a new era in Hindi films. The Bollywood films were no longer having static dialogues and songs but also great romantic songs, music, some of whom would be everlasting. This period also saw the birth of successful and great Bollywood actors and actresses like Dilip Kumar, Dev Anand, Raj Kapoor Nargis, Nutan, Meena Kumari, Madhubala and many others. The late 1960s saw soft dance being introduced with singing. Stars like Rajesh Khanna and Dharmendra ruled this period. Shooting on foreign soil came into existence first from Raj Kapoor’s Sangam. Aradhana in 1969 was probably the best film during this period if songs are taken into account. From mid-1970s till 1990s, films were starting to get packed with violence, gangsters, etc. Amitabh Bachchan (perhaps the most successful Bollywood actor), was the perfect fit for these roles and starred in good number of hit films like Anand, Zanjeer, Namak Haraam, Deewar, Sholay, Don, etc. He was followed by others actors of the same trend like Mithun Chakraborty (with films like Disco Dancer, Pyaar Ka Mandir, Boxer, Commando, Jallad, Mujrim), Anil Kapoor, etc. with presence of beautiful actresses like Hema Malini, Jaya Bachchan and Rekha who have also good number of commercially successful films within their bag.

Playback Singers:
The Bollywood films are mainly based on songs. During the 20th century, if a film had hit songs, the film was successful, no matter what its story was. There were some prominent singers during this period like Lata Mangeshkar, Asha Bhosle, Geeta Dutt, Talat Mahmood, Mohammed Rafi, Manna Dey, Hemant Mukherjee, Kishore Kumar, and some others.