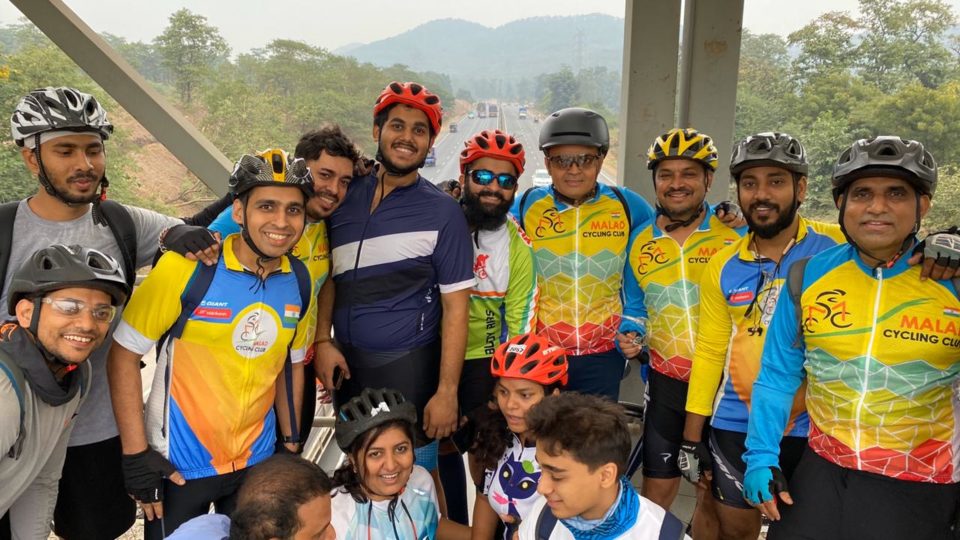 MCC Century Virar Toll Ride was a ride which was planned for a group member Mehul Parmar, he posted this ride about one month prior and was the ride was schedule for December 22nd 2019. The meeting point was planned Dahisar Check Naka (DCN) at Sharp 5.30am

The u-turn was planned 5km to 7kms post Khaniwade Toll Plaza. There is a crossing flyover which leads to other side of road to return back to pavilion.

I started at 4:50am and picked a rider from my group, Sukumar Shetty, on the way. We headed towards DCN where we met all the fellow riders. We waited for sometime for everyone to assemble and wait for rider which had still not reached.

The ride started our ride at 5:45 am from DCN and ride towards the halfway mark, the group took a small stop at Khaniwade Toll Plaza. We had tea and some snacks. We had finished about 45kms

As per the plan we had to ride further 5kms to 7kms to touch 50 kms and here we halted for follow members, we relaxed and clicked pictures well.

Glimpse of the ride can be seem in this video: