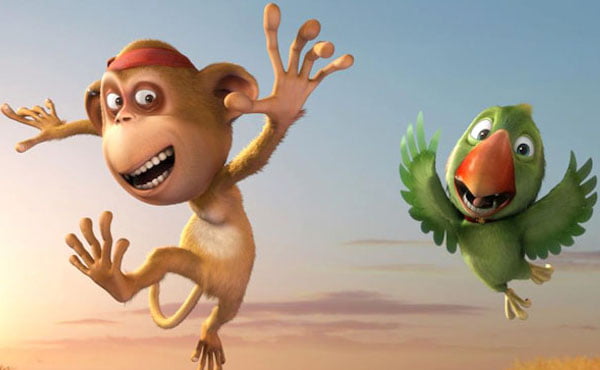 India is creating its own mark in the field of animation. Animation Films in India are becoming famous all over the globe. The Indian Animation is observing a large change presently with the help of Indian Animation films. India is becoming the largest as well as newest animation center. The entertainment giants like Walt Disney, Sony, Warner Brothers are outsourcing more cartoon and animated characters to India and are getting satisfying results. As a result they are signing more contracts with India’s animation companies. There are some companies giving animation contracts to India for computer games. Perhaps the future of Indian Animated Films is dazzling. The major centers of animation in India are the cities like Mumbai, Chennai, Hyderabad and Bangalore.

There are many companies working day and night in this field. The companies are Toonz animation, Maya Entertainment, Crest communication, UTV Toons, Silvertoon Studio, Acropetal, Heart Animation etc.
These animation companies have their own studios for films and are well equipped with the animation softwares like 3D Max, SGI, Softimage, Dream-weaver etc and also with well trained manpower.
These companies are getting lots of projects regarding animation from United States, Europe and many other foreign countries.

Immigration of Animation projects to India:

At Toonz Animation studio, a large number of artists and technicians are working on the film named “Tommy and Oscar”. The film is produced by a Italian producer. The film is near the stage of completion.
A New Zealand company had outsourced a lot of work to Nipuna Services. It is a branch of Satyam Computer Services.
Many major animation projects are going on different studios of India.

Reason of Outsourcing in India:

They are as follows:-

A fully featured animation films in India costs nearly $15 million to $25 million. This ransom amount is not a joke. Recently, Bollywood is launching a number of animated films under various banners. Till few years back the producers did not have the guts to produce an animated film. The first animated film in India was launched few years back by the name of “Hanuman”. After the success of Hanuman many films like Hanuman Returns-Sequel of Hanuman, Krishna, Roadside Romeo, Dashavatar, Ghatotkach, Jumbo and my Friend Ganesha were released. Walt Disney with the famous Yashraj films launched an animated film “Roadside Romeo”. The main male and female animated character voice was given by Saif Ali Khan and Kareena Kapoor. As a result this film received good publicity. In the film “Jumbo” voice was given by Akshay Kumar.
“Bhaggmati – The Queen of Fortunes” is the India’s first full length animated film. It is the film that has living characters for the first time.
The upcoming animated movies are Toonpur ka Super Hero, Sultan: The Warrior, Ek Khiladi Ek Haseena 2.0, Mahayoddha Arena and Arjun.
But the animated films in India are not making business. Though much money is spent on publicity but still the films are struggling in the box office. Animation films like Roadside Romeo was made under the banner of Yash Raj Films but still the film couldn’t make business in India. So let’s hope for a bright future of Indian Animation Films.

The Story Behind the Famous Funeral Coffin Dance Meme