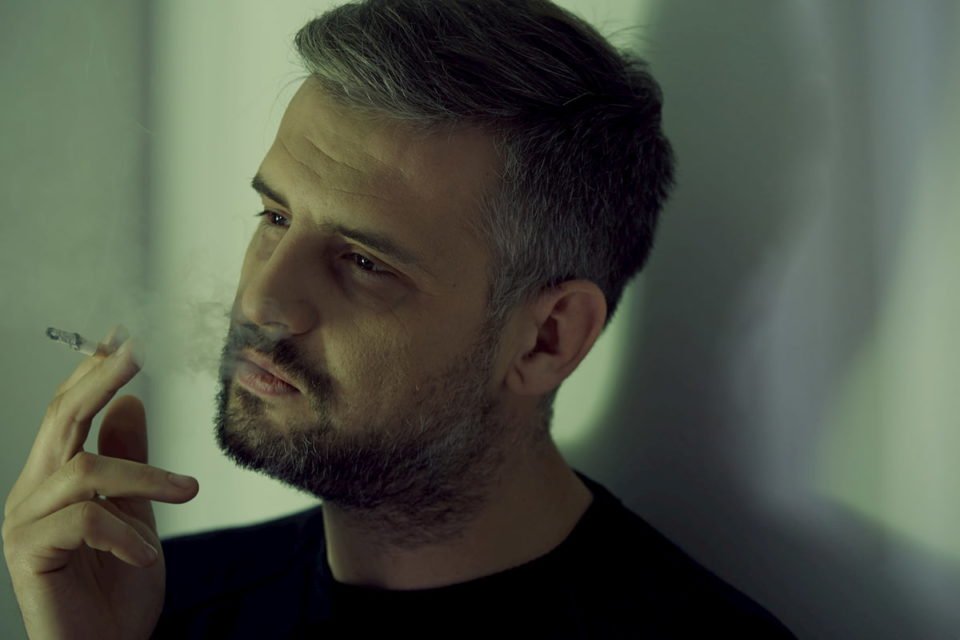 Smoking is a practice where a substance, most commonly tobacco, is burned and the smoke tasted or inhaled. This is primarily done as a form of recreational drug use, as combustion releases the active substances in drugs such as nicotine and makes them available for absorption through the lungs. It can also be done as a part of rituals, to induce trances and spiritual enlightenment. The most common method of smoking today is through cigarettes, primarily industrially manufactured but also hand-rolled from loose tobacco and rolling paper. Other forms, though not as common, are pipes, cigars, hookahs and bongs.

Smoking is one of the most common forms of recreational drug use. Tobacco smoking is today by far the most popular form of smoking and is practiced by over one billion people in the majority of all human societies. Less common drugs for smoking include cannabis and opium. Most drugs that are smoked are considered to be addictive. Some of the substances are classified as hard narcotics, like heroin and crack cocaine, but the use of these is very limited as they are often not commercially available.

The history of smoking can be dated to as early as 5000 BC, and has been recorded in many different cultures across the world. Early smoking evolved in association with religious ceremonies; as offerings to deities, in cleansing rituals or to allow shamans and priests to alter their minds for purposes of divination or spiritual enlightenment. After the European exploration and conquest of the Americas, the practice of smoking tobacco quickly spread to the rest of the world. In regions like India and Subsaharan Africa, it merged with existing practices of smoking (mostly of cannabis). In Europe, it introduced a new type of social activity and a form of drug intake which previously had been unknown.

The cultural perception surrounding smoking has varied over time and from one place to another; holy and sinful, sophisticated and vulgar, a panacea and deadly health hazard. Only recently, and primarily in industrialized Western countries, has smoking come to be viewed in a decidedly negative light. Today medical studies have proven that smoking is among the leading causes of diseases such as lung cancer[1], heart attacks[2] and chronic obstructive pulmonary disease, and can also lead to birth defects. The well-proven health hazards of smoking have caused many countries to institute high taxes on tobacco products and anti-smoking campaigns are launched every year in an attempt to curb smoking. Several countries, states and cities have also imposed smoking bans in most public buildings. Despite these bans, European countries still hold 18 of the top 20 spots, and according to the ERC, a market research company, the heaviest smokers are from Greece, averaging 3,000 cigarettes per person in 2007.