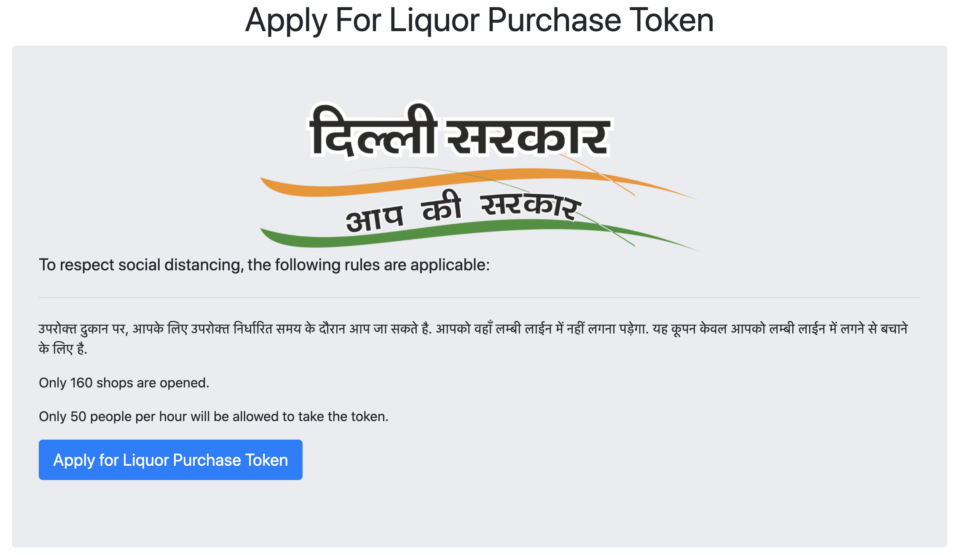 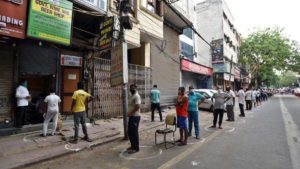 To control the situation, the State Government took certain measures such as the closing of liquor shops, increasing the price of liquor, and the introduction of e-tokens.

The objective of Delhi liquor token was to avoid long queues and overcrowding at liquor shops as the national capital has a higher number of coronavirus cases and the city is in the red zone. 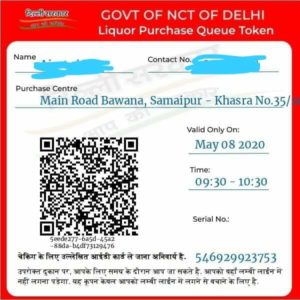 The e-token would reduce the waiting time as each individual is given a specific time on liquor purchase token from shops. On Monday, the Delhi Government allowed the opening of liquor shops and later on Tuesday, the retail prices of liquor were increased by 70%. Still, overcrowding at liquor shops did not mitigate. Observing the rising coronavirus cases in the city and violation of social distancing norms, the Delhi Government initiated liquor purchase through liquor token in Delhi.

How to Apply for Delhi Liquor Purchase e-Token Online 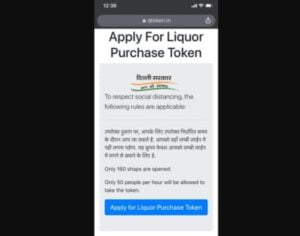 To maintain the lockdown and social distancing norms, the Delhi Government introduced the application of e token for liquor in Delhi on Thursday. The e-token can be obtained from the official Delhi liquor token link www.qtoken.in. Anyone residing in the city of Delhi can apply to this link to buy liquor.

The Delhi Government stated that anyone applying through the liquor token in Delhi website link https://www.qtoken.in has to furnish important details such as name, phone number, and address of the liquor shop in their area. 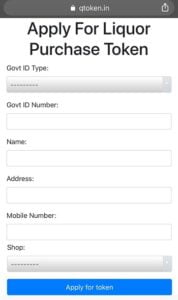 Till today the status remains the same. The State Government has ensured that the website would be updated soon.

5 Positive Aspects of the Pandemic Situation That You Should Know