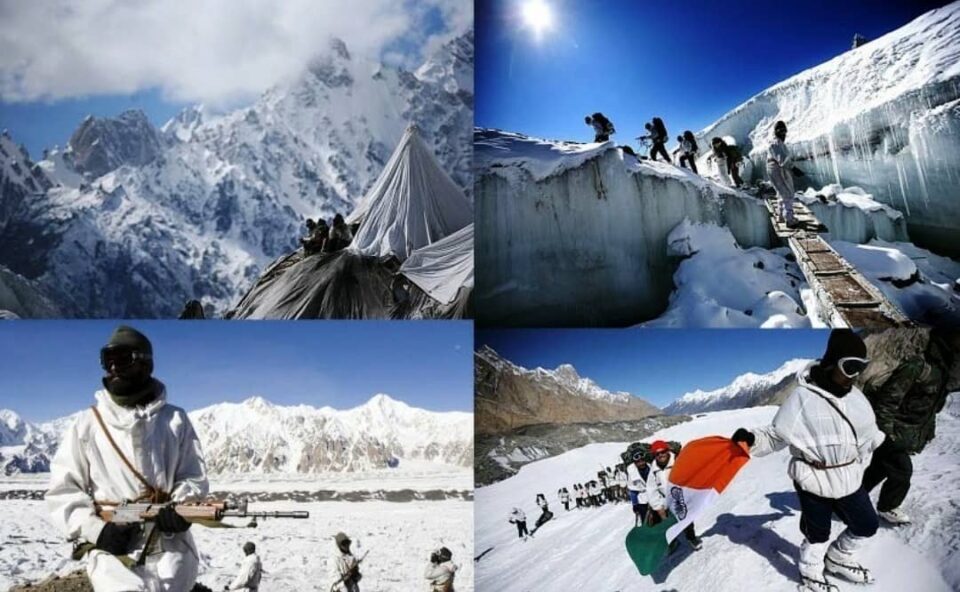 Ladakh is cold desert and therefore, the biggest problem faced by the Indian army in Ladakh is to survive in such harsh climatic conditions.  The freezing high speed winds in Ladakh make it extremely difficult for our soldiers to survive, lest fighting the enemy. The max temperature is 3 degrees, minimum ranges from -10 to -15 degrees, which may further dip to -40 degrees in January. The cold wind causes cold injuries similar to burn injuries. Other health hazards include- mountain sickness, pulmonary edema, cerebral venous thrombosis, hypoxia and more. Frostbite, chilblains, skin peeling, snow blindness and more are common.  Despite this, our army is prepared to take on the enemy on the battlefield.

Here’s how Indian Army deployed on the LAC is preparing:

Troops that come from garrison in plains undergo 14 day acclimatization training on arrival to Mukhpari heights. The training is specifically aimed to accustom troops to the drop in oxygen levels on the mountains. The oxygen level can reduce by 25% to 65% depending on the altitude the soldier is. The training is divided in 3 stages, where the soldiers are trained to walk and climb on the mountains and even carry loads.

With reduction in oxygen levels, the weight carrying capacity of the soldiers goes down. In the next training phase, the soldiers are trained to carry loads ranging from 20kgs to 45kgs. This is because a soldier will need to carry weapons, gear which includes boots, special clothing to withstand extremely low temperature, jackets, goggles, helmet, sustenance kit which includes sleeping bag, water bottle, mattress, pair of clothes, emergency supplies to last 24 hours which includes high calorie cooked food.  Soldiers cannot eat too much of tinned food as it will make breathing difficult in harsh climate. They are given high calorie fruits, dry fruits and chocolates, which they eat just to survive. Also, they need to carry communication sets.

Indian army has recently built smart camps that are similar to barrack in structure. These camps are equipped with electricity, water, heating and other facilities. However, the soldiers have to build their own bunkers in the place of posting. The risk in Ladakh is that the bunkers may be blown away by high speed winds and also it may enter the bunker.

Tanks, ammunition and artillery systems also need to be protected in the sub-zero temperatures. Pipes freeze. So, certain innovations are made over a period to ensure that the water is not stagnant in pipes. The workshops have warm canopies and are installed with bazooka heaters.

Why Indian Army Enjoy an Edge

Also, there are several institutions such as Kargil and Siachen Battle Schools and High Altitude Warfare school based in Gulmarg  to train soldiers particularly to fight on high altitudes. The experience and resilience of fighting at such high altitudes that our soldiers have, gives them an edge over China.

Google Pay Will No Longer be Free

What India can learn from Lebanon Ammonium Nitrate Blast?