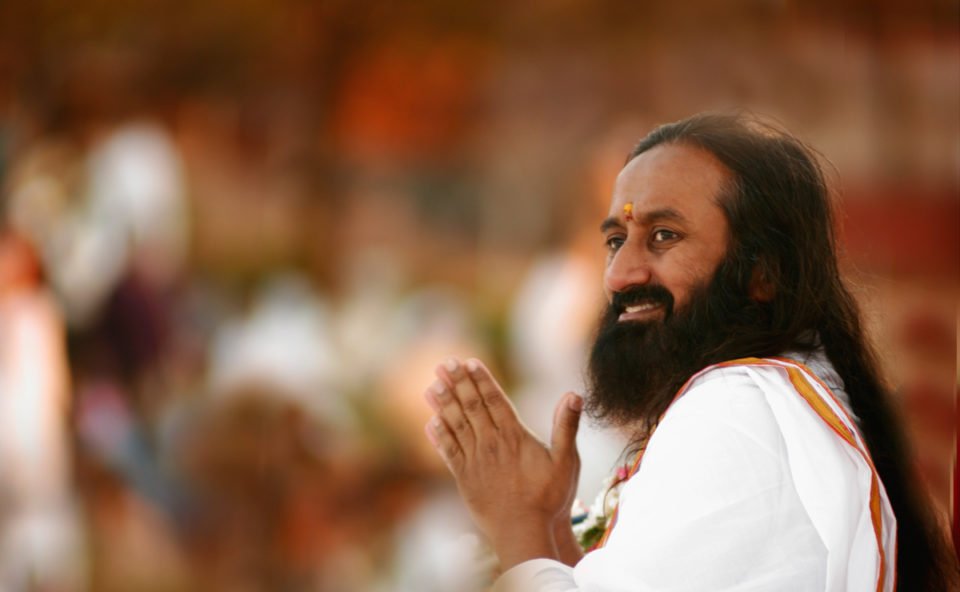 Born in 1956 in India (Southern India), Sri Sri Ravi Shankar was identified as a gifted child by his parents. When he was only four year old, he was able to recite parts of

the Bhagavad Gita and by the age of seventeen in 1973, he had graduated with degrees in both Vedic literature and physics.

This new age spiritual Guru, Sri Sri Ravi Shankar, is a renowned spiritual master, who is not only known for uniting the world into a family where there is no violence, but also known as one who is bringing back the old age knowledge of yoga, Upanishads and above all the importance of proper breathing. He introduced the world to the powerful breathing technique called “Sudarshana Kriya” that has inspired millions of people worldwide.

In 1981, the foundation was started with handful of people who were inspired by his teaching that helped in eliminating stress and promoted a feeling of wellbeing from within oneself. The foundation, which is very well known as The Art of Living Foundation is an international nonprofit humanitarian and educational organization offering powerful tools to eliminate stress and foster a sense of well being. In India, this organization has helped in rehabilitating prison inmates, bringing awareness about the organic farming in the rural part of India, encouraging rural youth to take up farming than just moving to the cities in search of jobs, giving education and medical attention to the most neglected part of our society. Women empowerment, female feticide, child labor and youth leadership are few of the works taken up by the foundation.

In the year 1997, with the vision of nurturing human values, to coordinate sustainable development projects, to resolve conflicts the renowned guru co-founded the International Association for Human Values (IAHV). The volunteers of this organization are enthusiastically working in rural communities and have already reached out to 36,000 villages in India, Africa and South America. His effort of conflict resolution has helped opposing parties to sit and negotiate – be it in Kashmir, Bihar, Iran or Ivory Coast.

Corruption free India is also an initiative supported by Sri Sri Ravi Shankar. He and his followers supported Baba Ramdev and Anna Hazare’s anti- corruption campaign all over India. As a result of his spiritual appeal to shun corruption, more than one lakh people took oath that they will neither take nor give bribe.
In a mere 29 years, this humanitarian leader has been successful in reinforcing human values. His work has changed the lives of millions of people in more than 151 countries. His team of volunteers is working to make the world into one war free, stress free, corruption free family which is service oriented, cares for human values, leads a healthy life and has a spiritual approach to deal with the situation in life.