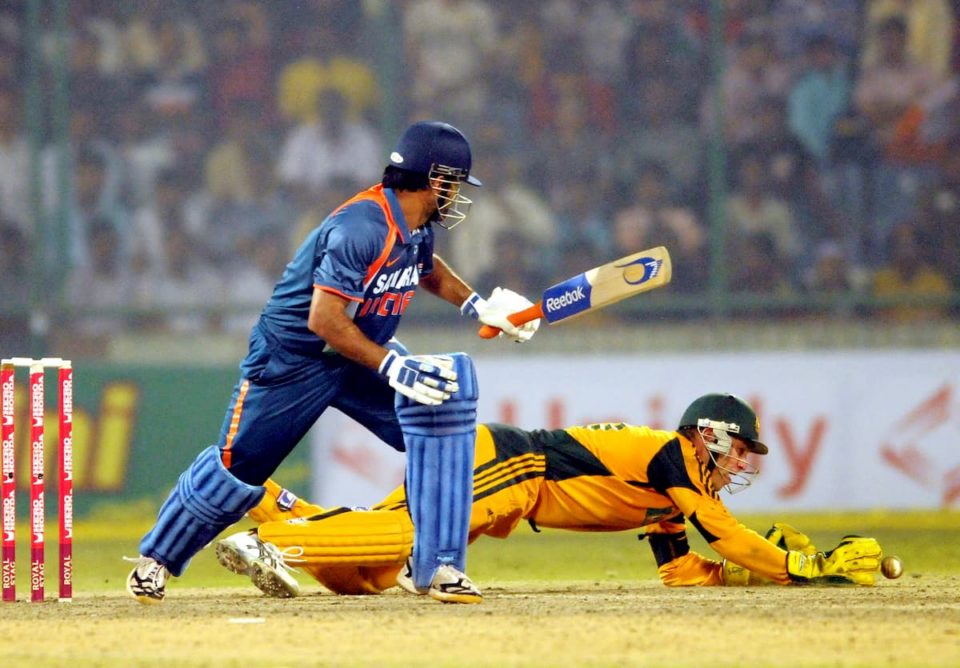 Wicket-keepers are the most essential asset of a team. All the 11 players together combine to form a team and their collective effort can only win matches for them. But still the main responsibilities lie on the shoulder of the wicket-keeper.

There are a number of batsmen and bowlers a team possesses but every team has got a single wicket-keeper. He is the key player in the side because it is he who mostly earns wickets for a bowler and also bats for the team when its necessary.

There are many good keepers but to be in top 5 they need to have some extra quality in them. Keepers are mainly ranked according to the maximum number of dismissals they made.

TOP FIVE WICKET_KEEPERS OF ALL TIME

He is best known for his swiftness in glove work . He is a great slogger and one of the best finishers of the game .

He is considered to the best Aussie wicket-keeper batsman . He is also the best left handed wicket-keeper batman till date . He is not only a great keeper but also a destructive batsman and sweet timer of the ball . He has played leading rolls in many of the Aussie victories .

He is best known for his capabilities of keeping and batting and in lifting the standard of English cricket during their crisis time. He has not only being leading his side form being the stumps but also for leading the team from the front as their skipper . He is the highest run getting wichet-keeper of the world till date.

Australia has been the birth place for the great keepers . Beside Gilchrist he is also remembered for his excellence behind the wicket during keeping and in front of the wicket while batting .

Is the recession expected to end soon?

BRM 100KM Is Not That Easy Sometimes