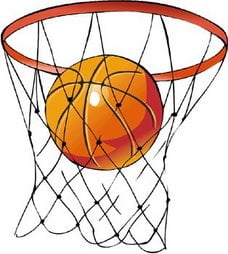 Basketball is one of the most demanding sports. It involves quick changes in speed and direction of running. It is a 32 minute game, the heart of which is running. The statement that you need to run around 4 miles in the 32 minute duration of the game will give you an idea of the stamina and energy required for the game. You need to chase players, run after the ball through out the court. This running includes chasing players, sprinting up and down the court and jump to give a basket. Tall players have an advantage over short players in this game. Shooting the lay-up depends on the situation to have an advantage over other players. Shooting the same types of lay-up is not worth doing.

Few years back, it was accepted that preseason sessions were adequate for the competitive season yet to come. It’s not true any more. Today, if the player is not in the optimum required physical shape, a few coaches won’t even allow him to enter the court unless and until he gets in shape. There is quite a good chance of such players either getting injured or cut down from the team. Many talented players could not maximize their potential because they didn’t have any idea of what they should do to achieve and maximize their basketball ability.

Basketball players must be very energetic and need to have the stamina required for the game. To meet the demands above, the Basketball players need through off season training programs that include the following activities.

A short warm-up to increase blood flow.
Muscular power and force can be increased by developing the strength.
High endurance to work can increase and maintain a high level of cardiovascular conditioning.
There is an increase in both the stamina and speed of the player by doing regular interval workouts.
Flexibility exercises to stretch muscles and tendons slowly that surround the joints.
Running drills: It requires high level of stamina to run. Running drills ensures that, as it habituates the body to all it takes. This is called the universal law of adaptations. Doing the drills progressively helps the body to stress better. This indicates an increase in stamina, now the body is capable of running faster than before.
A cool-down period of around 10 minutes after finishing the exercise so that heart returns to normal.

A healthy diet should be consumed by the player, not only before or after game, but through out the year to keep himself healthy. Since a lot of energy is burnt in this game, players should eat food having the right nutrients. The energy to sustain the player’s fuel requirement is given by this food. He should have food which is rich in carbohydrates and proteins. Players should eat around an hour before commencing the game. Then the body will get sufficient amount of time to digest the food completely. Water lost while playing must be replenished by drinking fluids regularly. Before the game, the player should have stuff having lots of carbohydrate in it because it stores energy, and after the game is over, he should consume protein rich food.

Common Mistakes to Avoid When Searching For Cheap Flights