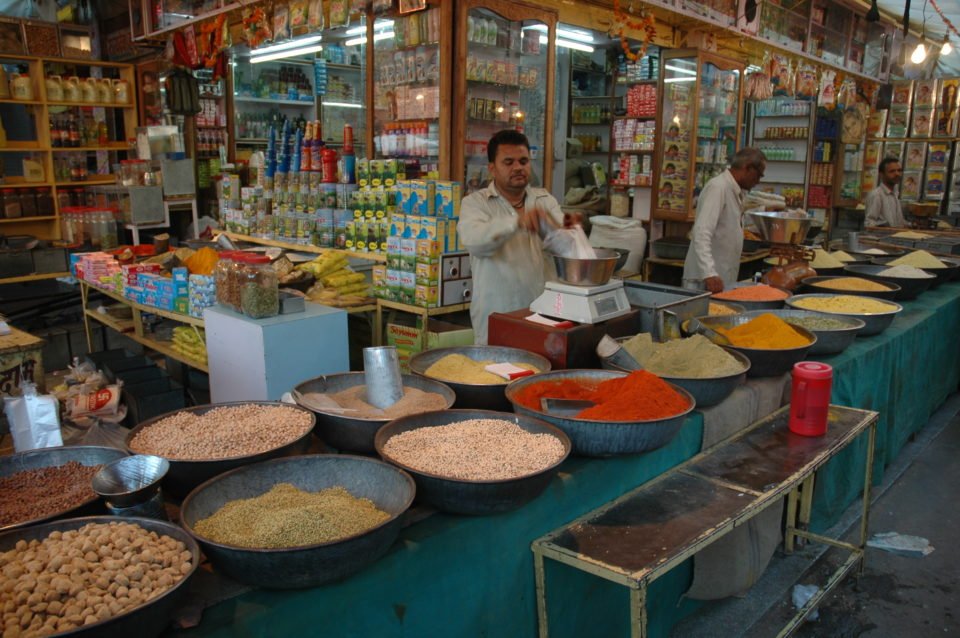 Grocery shopping, most will agree, does not qualify as retail therapy. More often than not, it’s paralyzed by lack of choice in the neighborhood stores. And those who opt for the hyper formats end up jostling for parking space and fretting over the long queues at the billing

counters, typically on weekends. Worse still, it’s an inevitable chore waiting to be ticked off regularly.

Spotting an opportunity in this arena, e-grocery stores have now sprung up across India. Among the host of providers are AaramShop.com, MyGrahak.com, easyration.com, GroceryShop.in, Easydukan.com, atMyDoorStpes.com, eCityIndia.com, and MyLocalBazaar.com in Kolkata. Most of these also accept Ticket Accor and Sodexo vouchers.

atMyDoorSteps was launched in February this year by Sushant Junnarkar, an IIM, Ahmedabad alumnus, to cater to the grocery needs of Bangalore. More recently, In July, Avipsha and J.K. Thakur found easyration.com with Faridabad as catchment area. Avipsha, in fact, has since quit her job to engage in the enterprise full time. Her primary investment in the project was in a warehouse. The response, she says, has been good, especially after they tied with snapdeal.com. It has already managed to build a database of 350 registered customers and nets about 250 clicks on its portal each day.

Avipsha says that they are planning to expand to National Capital Region soon. They didn’t want to invest in a store format. Saving on the brick and mortar helped them offset the delivery costs. Apart from the de rigueur grocery range, easyration.com also has some niche categorizations. For instance, there’s a section for Bengalis where things like kasundi and posto are available. There are separate pet care and health supplements sections. Avipsha will soon be introducing an organic section. Also, to address community specific grocery needs, sections for Kashmiris, South Indians and Punjabis too will soon go online.

Around the same time in the neighboring district of Gurgaon, Davinder Goyal has launched GroceryShop.in. Goyal had been itching to start his own enterprise ever since he worked on a project on HUL’s Sangam Direct as part of his MBA in Narsee Mongee Institue of Management Studies. Goyal says that he is trying to achieve economies of scale. If the scale is large, his margins will improve. For now, he is satisfied with the progress. He gets an average of 100 orders each month with an average billing of about Rs. 1,000 each.

The business model of AaramShop.com is albeit different. It has created a network of small stores across India and enabled them to tap into the online space under one common label – AaramShop. Having commenced operations in Delhi and NCR in June 2011, it has expanded to 16 cities with close to 550 retail partners. Its current subscription base in an impressive 18,000! Ashutosh Malik, director and COO, Aaramshop, says that his target is to have 5,000 retailers across 25 cities by June 2012.

To develop and maintain successful business in the grocery e-commerce arena is not an easy task. Internationally, there have been successes such as Tesco.com and failures such as Webvan.com. Reportedly, even the Future group’s Food Bazaar decided against going ahead with the model after a trial.