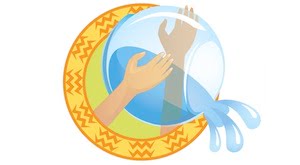 Ever looked at children who seem to get along with everyone and yet, are distant? Aquarians are said to be born in the wrong time because whatever time they are born in, they are light years ahead of it.

They get along with their friends but the plane on which they think and function is so ahead of this world that they are usually branded to be quirky.

Aquarians are friends with everyone on the planet, whether he can talk or not. They are great conversationalists themselves to get through a conversation single handedly, hence, they don’t really need people. An Aquarian male, due to this very trait of his, usually ends up being single for a long time. They find it hard to differentiate between love and friendship. They love their friends and their lovers are their friends. However, this means that if you are in love with an Aquarian man, you will have to fight for attention and survival, with truckloads of other people. Also, an Aquarian male does not adhere to the general rules of being in love such as being romantic and whispering sweet nothings. As friends, they are the best lending year you could ask for but change the equation to love and you have a little problem. Aquarians are pretty extreme people and the reaction they receive from the people they meet is understandable extreme too. A person either likes an Aquarian or he despises of him and this is usually true in case of an Aquarian male. They work good in groups as it brings out their best qualities like leadership and team work. They have a code that is very strict but it might seem eccentric to some.

These women with attractive hair and a dazzling dimpled smile have been the cause of woe for many a men out there. Aquarius is one of the best looking signs but that is not because they are blesses with extraordinary beauty. Their charms can turn a rock to a wheel and they know how to exploit it. They get a lot of attention from the opposite sex because of their mysterious and kind nature, and they fully enjoy it. Aquarian females, like Aquarian males, suffer from the flaw of mistaking friendship for love and then ruing about it later. These women get bored very easily and the need to maintain spice and chemistry in the relationship could not be stressed more. Because of their hyperactive imagination, they are easy to distract. The best part about an Aquarian woman is that you will never have the need of wanting more space. She will respect your privacy and will expect the same from you. Also, she will never be mistrustful, unless she sees the truth dancing naked in her own bedroom. Aquarian women have a natural inclination towards professions that have a high moral standing in the society. They are also seen to run many old age homes and animal shelters.
The trick to be with an Aquarian and understand what he or she means is to have a lot of patience and help them become a little stable. Stability is something that they seriously lack in their lives. They are also very impulsive and sometimes show signs of escapism. It is a fun sign to be with and mostly, Aquarians work best with Capricorns.

Loved Ones Can Never Be Forgotten, But Isnâ€™t Coping Important?

Proper Handling And Cooking Of Food