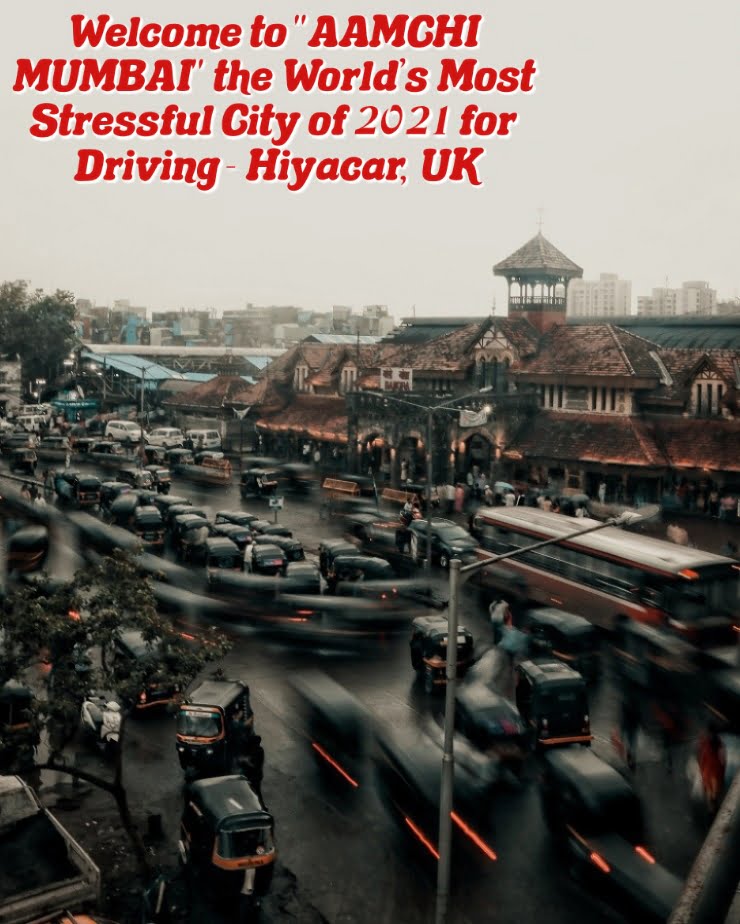 It is not surprising that Mumbai (India) has emerged as the ‘World’s Most Stressful City of 2021 for Driving’ in a recent survey conducted by the UK- based car-sharing company Hiyacar.

Several parameters were used to determine the driving stress. These include total population, population density, the number of vehicles, road conditions, accidents per year due to traffic, availability of public transports, and more.

Most Mumbai residents dread getting their cars out on roads. Worst traffic, congestion, honking, and pathetic road conditions give Mumbaikars a harrowing experience every day.

Why Mumbai City Is Ranking on Top of the Table as the ‘World’s Most Stressful City of 2021 to Drive In’?

Also, poor road quality is attributed to accidents and an increase in stress levels. Mumbai has around 8 types of transportation yet the population and congestion make it rank at number 1 in the survey.

Some other reasons are: there is no awareness of road safety and driving, other drivers, and getting lost that raises the anxiety volume.

How Do Mumbaikars Handle the Stress of Driving in Mumbai Traffic Jams?

There are several ways to manage your frustration and anger on an individual level:

What Steps Can Be Taken to Bring Back Mumbai Traffic into 10 Least Stressful Cities in the World List by the Next Survey?

If you want Mumbai to be in the least 10 stressed cities, several steps at a personal level must also be taken. Using public transport and ride-sharing are some of the moves will help to overcome heavy road traffic, thereby reducing driving tension.

Here Are the Results of the Top 10 Stressful Cities in the World to Drive in Based on Hiyacar’s Score Out of 10:

Here Are the Results of the 10 Least Stressful Cities in the World to Drive in Based on Hiyacar’s Score Out of 10:

With a score of 2.1, Peru’s capital city, Lima is named as the least stressful city in the world for driving. They have the fewest traffic accidents.

Politics and its Criminalization in India

What is Janata Curfew? How To implement PM Modi’s Janta Curfew