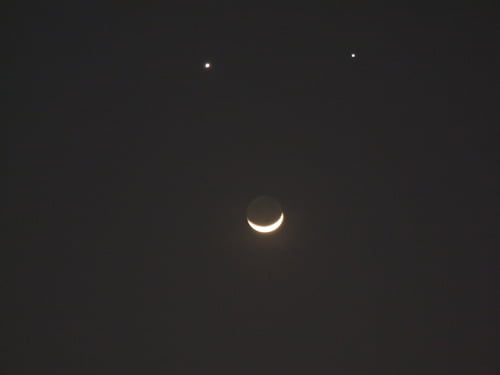 The heavenly smile was seen on Earth on Monday December 2, 2008 in a rare combination of Venus, Jupiter, and the Moon.

These two planets aligned and were joined by a thin sliver smile of moon on Monday.

This planetary meeting was visible from all parts of the world, even from light-polluted cities such as Hong Kong and New York.

The next visible Venus-Jupiter conjunction will be on the evening of March 14, 2012, but the two planets will appear farther apart in the sky.

Believe it or not