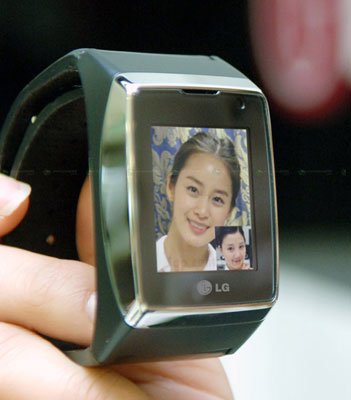 If you remember the wristwatch prototype by LG that was displayed at the MWC 2008, well LG Korea has made this real and announced their LG-GD910 wrist watch mobile phone.

LG-GD910 device is going to be revealed at CES 2009 and will be available initially in the Korean and European markets.

Currently, there is no information about pricing.