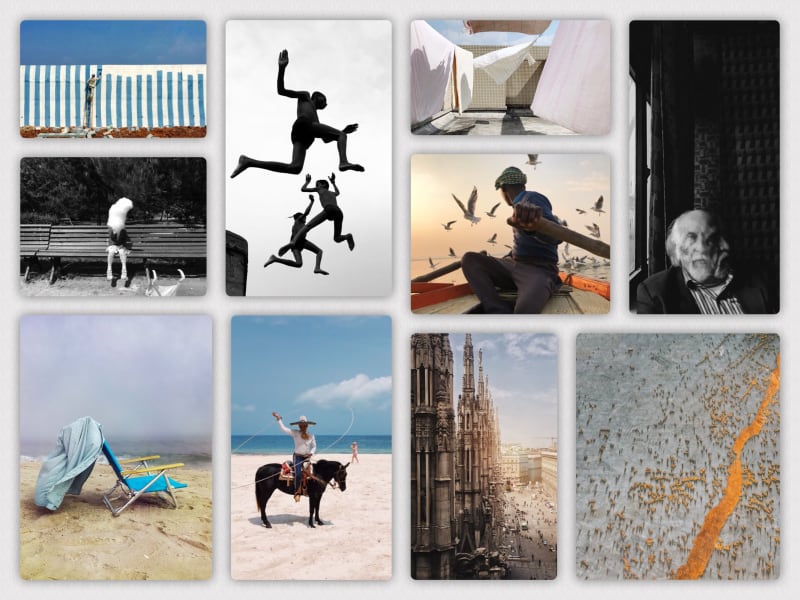 Flying Boys was an image captured by a street photographer of the United Kingdom, Dimple Bhalotia, an interior designer from London. She won under the category of Grand Prize Winner and Photography of the year Award. The image was taken by iPhone X in Banaras. The three boys in the photo are taking a flight from the wall into the river Ganges.

Sheets Blowing in the Wind

The untitled image was captured by Geli Zhao from China from iPhone XS Max. The photograph was awarded second place for the Photographer of the Year. In the photo, the sheets are blowing in the wind.

The photo was taken by Saif Hussain who is from Iraq living in Istanbul. A graduate from the Fine Arts won third place for Photography of the Year. He captured “an elderly man” caught between his reflections. The image was taken on iPhone X.

The Cotton Candy image won first place in the children category by Ekaterina Varzar from Russia. Working as a photographer, she captured a girl sitting on a bench having cotton candy on her head. The photo was shot on iPhone X.

Free from the Past

Kristian Cruz has won the first place under the Travel category “Free from the Past”. He is an iPhone  X photographer from the Philippines. It is an image with birds, sunset, boat, and the river indicates moving on in life.

The “Beach Chair” photo was taken by Danielle Moir on iPhone 6 won first place in the “Other” category. Beautiful weather, a beach chair, and a hanging shirt make it a perfect photograph.

Lis Li captured an image of a waterfall from the iPhone 7 Plus won first place in the Nature category. A traveler and an architect won the award for his untitled nature’s photography.

Shot on iPhone X, Audrey Blake, a fulltime photographer from the United States won first place in the Lifestyle category. A fusion photograph shows a cowboy on a beach.

The stunning photo was shot by Haiyin Lin from China on iPhone X. He won first place in the Architecture category.

Tu Ondu won the first prize in the Abstract category. The incredible photo was shot on iPhone 7Plus.

Apart from the above, several others made to iPhone Photography Awards 2020 winner’s list with their amazing photographs in different categories, all with their various models of iPhone starting from iPhone 4 to iPhone 11 Pro.

The iPhone Photography Awards are no where part of Apple’s ‘Shot On iPhone’ program , however Apple also often holds ‘Shot on iPhone’ competition each year.

Samsung S8300: A Revolution in the Market