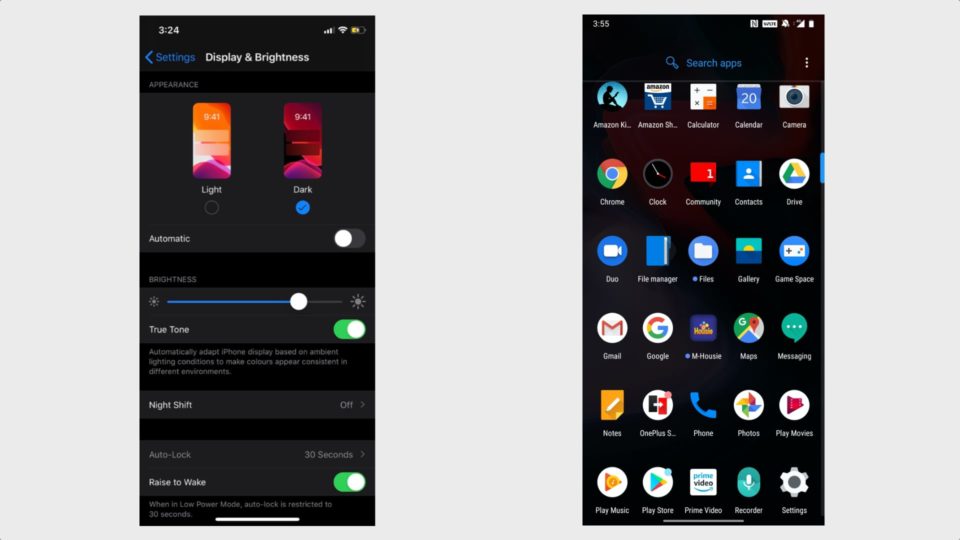 Believe it or not…We have entered into the Dark Age…Call it ‘Dark Mode’ and you’ll resonate that it’s not just global warming, political apathy and scams. Everything from our cell phones to desks and more are available in black to facilitate our eyes.

A plethora of apps in Dark Mode flooded the market. Apple introduced iOs 13,and instantly millions of phones turned dark. Android Q followed suit soon enough. Others on close heels included Google Chrome, Gmail, Sound Cloud, which is Microsoft Office’s mobile avatar, Twitter turned further darker from it’s bluish grey version to complete Dark Mode. Likewise, Mac OS too switched totally to Dark Mode in 2019. Towards the end of 2019, Facebook had adopted Dark Mode feature for both messenger and Whatsapp, not to mention Instagram, which joined the Dark Mode bandwagon in Oct 2019, a major breakthrough for its low light mode. Most importantly, it was not just the biggies who took to Dark Mode… as many as 92 apps are now available in Dark Mode at this point in time.

The obvious reason for overwhelming adoption of Dark Mode is obviously to create a better user experience. While it is easy on your eyes, it also ensures privacy, and prevents battery drainage. Most importantly, it filters at least some of the blue LED lights which deter us from getting a good night sleep. The icing on the cake is Dark Mode is likely to lower battery consumption by as much as 60% on new AMOLED and OLED screens.

Call it just a trend, if you as the Dark Mode fever caught fire even in social media. For example, New Times featured a story on Hong Kong protest aftermath titled as ‘Living in Dark Mode’.

So, is the Dark Mode is the new Gospel? Certainly not! The tech firms may be gung ho about adopting the Dark Mode. But check Quora and you’ll see an fiery debate going on Dark Mode and if it is as beneficial as the tech firms are portraying it to be. One person has said that he suffered headaches and nausea due to Dark Mode. People with glasses and those suffering from astigmatism have found Dark Mode affecting them adversely.

Whether or not Dark Mode affects adversely, it certainly makes reading difficult when you are outside in the sun. Is hybrid mode an answer to this? Well, not really, because once you choose the dark mode, it will be ‘till death do us part’!

What goes behind completing a half marathon

Beware of the Whatsapp OTP Scam…

How to check The Movie Quality Before Downloading