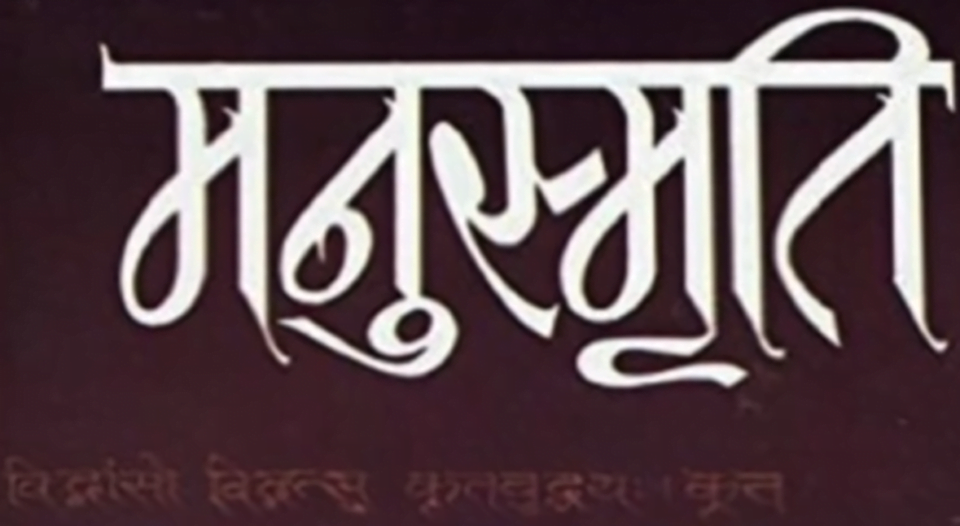 If there is one text that has been in the limelight in the last few days in South and North India, it is the Manusmriti. In Tamil Nadu, the legal text was quoted by VKC party leader Thirumavalavan in his interpretation of the Hindu Dharma where he says God created all women as ‘prostitutes.’ The use of such an adjective led to an uproar with BJP leader Khushboo seeking an apology and another state secretary filing a complaint, resulting in Thirumavalavan being charged with willful provocation (Section 153a) among others.

Up North, Manusmriti’s fame was re-kindled by none other than movie star Amitabh Bachchan on his show ‘Kaun Banega Crorepati (KBC).’ One of the questions asked for the name of the scriptures burned by Dr. BR Ambedkar and his followers, in 1927 – the answer to which is, Manusmriti. Among the many who were agitated by this question, MLA Abhimanyu Pawar let Amitabh Bachchan and Sony TV know of his indignation by filing a complaint against them. He opined that such a question not only scars the image of Dr. BR Ambdekar, a Dalit Buddhist who fought against caste discrimination but also intentionally hurts Hindu sentiments.

What Exactly is the Manusmriti?

Translated to ‘thoughts of Manu,’ the Manusmriti is an ancient text dated between 200 BC and 200 CE. It is believed to be one of the earliest Hindu books, worded by Lord Brahma, and is sometimes referred to as the first constitution ever written. Manu’s followers beseeched him to enlighten them about the laws applicable to all social classes, and the Manusmriti accounts for his discourse to them.

Why is Manusmriti Controversial?

Manu’s views on politics, legal systems, and most significantly the caste system led this text to be used by the British colonial government to plant the seed of divided rule before India’s independence. Moreover, today’s India rejects the Manusmriti for its emphasis on the caste system and dislikes the way women have been described in it.

While some of Manusmriti’s chapters do discuss legalities and polity at length, the text has long been a reason for controversy. On one hand, many of its verses out rightly demean women and their independence, and on the other, caste discrimination is strongly embedded in the text, with lower castes pronounced to remain servants of the upper castes.

Yet, most scholars stress reading the scriptures in full before picking on its fallacies rather than spreading incomplete or incorrect interpretations from the text.