Despite being one of the most preferred choices for many, Google Assistant is missing some of the latest features which are already being used by its competitors. Also, these features can be easily be added to their mix. Yet, Google being Google, it did doing nothing to help users with shortcuts, especially for third-party apps.

The shortcuts that were once a part of Google Assistant’s pop up menu, were quietly scrapped. The action was taken in favour of ‘Routines’ although the two had been widely different. Now, these shortcuts are making it to Google Assistant yet again, however it is going to be limited.

Shortcuts in Siri and Bixby

Siri, the Apple Assistant and Bixby from Samsung bot allow users to set up personalized shortcuts when using a third-party app. This helps users save time, unlike Google Assistant.

Shortcuts in Google Assistant are still in its nascent stage and the feature will be restricted only on the latest Pixel mobiles by Google. 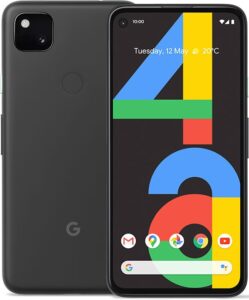 The shortcuts in Google Assistant will allow users to select an action from its predefined list that comes built-in with the app, but users won’t be able to create personalized shortcuts. Also, as of now, it doesn’t follow your command, but it only opens the app for the user. The user will then have to type to complete the command.

In the times when Siri and Bixby are already following orders and taking actions for their users, it is quite disappointing to see Google Assistant lag behind.  We can only hope that Shortcuts will become a regular feature with Google Assistant and empower users to personalize it as per their requirements.

A Guide to Choosing the Right Graphics Card