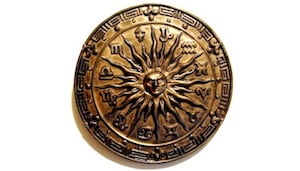 Sun signs and horoscopes have been ruling our life for quite a long time now and with the advent of internet, the stars have become easier to read. There are twelve signs and an additional one has been added recently but

because of lack of research on it, it will be unjust to judge it. Before we delve into the science of astrology, we must learn about its basics.

Each horoscope has been arranged in the order of its maturity and the time it has spent in the universe. Astrology is an ever growing science and so are the sun signs. This science says that every person has 12 births or 12 lives and in every life that he lives, he becomes more mature and more aware of the world. Each life bestows him with a wise aura that keeps growing with every passing life he lives.

So, this discussion shall focus on the twelve original signs, their characteristics, strengths and weaknesses. Before proceeding to your sign, you must never forget that we can only predict human behavior and categorize it to a certain limit because of the unpredictability of our race.

The first sign- Aries (March 21 – April 20) is the infant of all the signs. Aries people are impulsive, forceful and full of energy that only a few of the other signs can match. However, these people are very social, loyal friends and idealistic humans.

The second sign is Taurus (April 21 – May 21). Taureans are the strong and silent people who could gaze at a spider weaving his web for hours without blinking an eyelid. They are intelligent but lazy. They are foodies and like to live in luxury.

Geminis (May 22 – June 21) are the harmless flirts one keeps coming across everywhere. They have brains to die for but are sometimes found to be over ambitious.

Cancerians (June 22 – July 23) are family persons. They have a large family which includes almost everyone they have even met and are in touch with. They have a heart of gold but their drive and individuality is sometimes questioned.

Leos (July 24 – August 23) are the brave hearts. They are fiercely loyal lovers, though once their heart is broken, they are prone to infidelity. Very hard to please, these people are also pretty high maintenance.

Virgo (August 24 – September 23) is the sign for intellectuality. They are tremendously intelligent and analytical people but demean others and are usually the cheaters in a relationship.

Librans (September 24 – October 23) suffer from confusions of the highest order. They are kind, helpful and have a smile to die for. However, they can be easily manipulated.

Scorpios (October 24 – November 22) are lustful, passionate, considerate and the ones with killer looks. They sometimes get into relationships not for affection but to fulfill their sexual desires.

Sagittarians (November 23 – December 21) are people who say loads of wrong things at the wrong time but these are dependable, honest and lovable people.

Capricorns(December 22 – January 21) are cold, unemotional and practical. They are often misunderstood to be manipulative, though they are conceited.

Aquarians ( January 21 – February 19) are dreamers. They are amazingly imaginative but naive and sometimes, revengeful.

Pisces (February 20 – March 20) are happy go lucky people with many friends and lovers. They are sometimes inconsiderate of other’s feelings.

A detailed analysis of each sign will follow in the articles to come. Watch this space for more